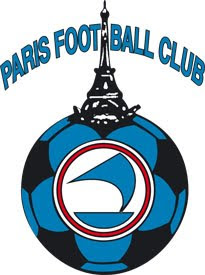 Despite its youth and a relatively meagre haul of silverware, Paris Saint-Germain FC is regarded as one of the great institutions of European football. The capital's other club, the imaginatively named Paris Football Club, was established in 1969 - a year before PSG - but was quickly eclipsed by its precocious sibling. While PSG has grown into a slick, commercial enterprise, Paris FC has roundly failed to fulfill the ambition of its founders.

In the two decades after 1945, Paris became something of a football hotbed: Red Star, Olympique de Paris, Racing Club de Paris, CASG and Stade Français all competed among France's elite. Ultimately, such abundance proved unsustainable as playing talent and public enthusiasm (and thus revenues) were diluted to the extent that by the end of the sixties, no Parisian team remained in the top flight. In a bid to rectify the situation, a dynamic group of industrialists and administrators conceived Paris Football Club. Their aim was to publicise the benefits of physical exercise and provide a boon to civic pride by uniting the city's erstwhile football enthusiasts under a single, dominant banner.

At the same time, negotiations were underway to merge Racing Club with the smaller Stade Saint-Germain. Crucially, the plan was backed by the mayor's office, which also volunteered a loan to the fledgling, which was christened Paris Saint-Germain. PSG would be based in the suburbs: the authorities were less enthusiastic about Paris FC's intention to reside at the Stade Charléty, just a stone's throw from the celebrated Rive Gauche.

So began the difficult relationship between PSG and Paris FC. Like so many sibling rivalries, it was rooted in the accusation of favouritism. PSG had been cast as favourite, consigning Paris FC to the role of the black sheep. Regrettably, as the clubs' respective fortunes have diverged, enmity has given way to indifference.

While PSG today lie second in Ligue 1, Paris FC are hidden in the depths of France's third division, National. Coach Jean-Marc Pilorget cites promotion to Ligue 2 within the next three years as his objective. Modest this may be, but the potential development of Paris FC seems decidedly limited given that attendance to matches throughout France has fallen dramatically in recent seasons - nowhere moreso than at the Parc des Princes, home of PSG.

Still, for romantics, there is an innocence inherent in Paris FC's perennial struggle to escape anonymity. It's surely appropriate that a football club located so close to Paris's literary heart embodies the darker aspects of the human condition, besides the fleeting joy of triumph. In the course of a season, fans of Paris FC can expect to experience joy, anger, disappointment and ennui in equal measure. I'll wager that Sartre would have found more of merit in that than in the happier tale of PSG.